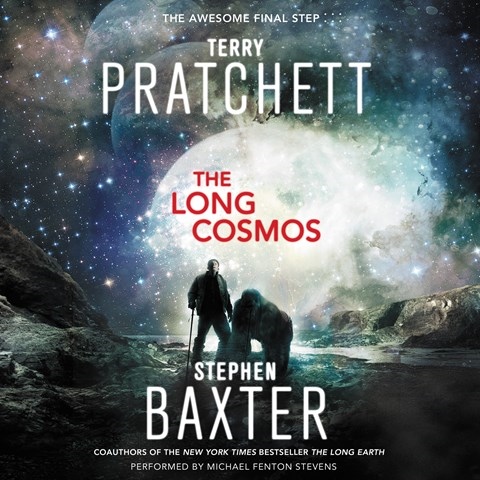 Narrator Michael Fenton Stevens delivers this final book in the Long Earth series with a feeling of familiarity. The phenomenon of “stepping between parallel earths” is now in its sixtieth year. As the galaxy continues to broadcast its message—“JOIN US”—the intrepid travelers continue their explorations and contemplations of the meaning of life. Although this series is not imbued with the level of irony and dry humor of Pratchett’s renowned Discworld series, Stevens doesn’t neglect the flashes of humor that are present as he portrays the fine-tuned relationships between the characters. J.E.M. © AudioFile 2016, Portland, Maine [Published: JULY 2016]