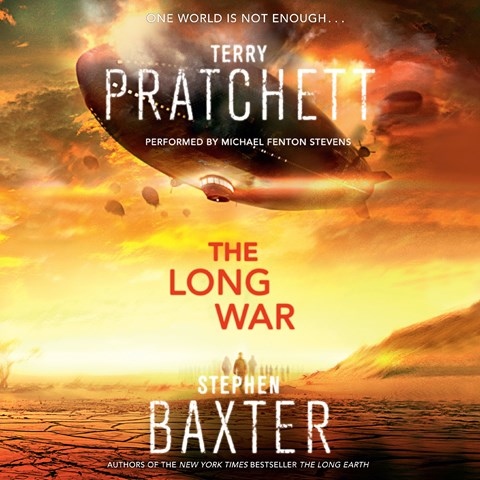 Strange new worlds are a science-fiction staple. In this continuation of the Long Earth series, millions of parallel earths are the settings for feuding protagonists Joshua Valiente and Lobsang. They have taken separate paths to avoid bloodshed between the homeland and Valhalla, home to the rebellious Long Earth residents. Narrator Michael Fenton-Stevens embraces the challenge of populating these disparate worlds. He brings his sturdy British accent to the narrative and gives distinctive voices to the characters, human or troll, elf or beagle. Fenton-Stevens also succeeds in making a lush tapestry even more colorful with a variety of accents. This sterling production turns a heady work into an accessible epic. D.E.M. © AudioFile 2013, Portland, Maine [Published: OCTOBER 2013]