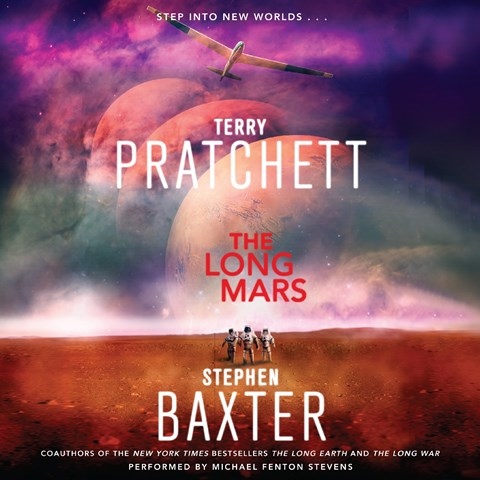 Unlike Pratchett’s Discworld saga, this long, descriptive audiobook is a travelogue across 250 million Martian landscapes, with a subplot involving mutations that turn ordinary humans into geniuses. As Michael Stevens narrates in a moderately paced upper-class British accent, the listener soon disappears into the story. He distinguishes between characters using subtle vocal techniques. Sometimes he sounds a little weary, but occasionally there’s a bit of action. The premise is that a simple “trans-dimensional” technique allows one to step into a long series of alternate versions of Mars that exist in alternate solar systems, each increasingly different from ours. This is skilled, low-key science fiction. D.R.W. © AudioFile 2014, Portland, Maine [Published: OCTOBER 2014]