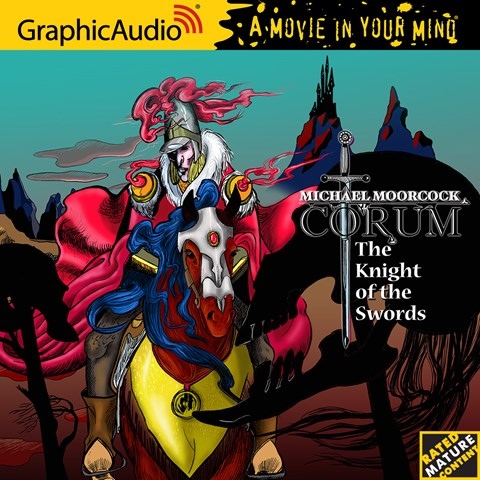 CORUM 1 The Knight of the Swords

by Michael Moorcock | Read by Nanette Savard and a Full Cast

After humans slaughter his entire race, Corum seeks revenge upon the Lords of Chaos who allowed it to happen. But his journey is filled with a good deal of treachery, mischief, and, well, chaos. Nanette Savard makes for a strong prose narrator in this full-cast production. She evokes the lyrical rhythm of Moorcock's prose and keeps her voice lively in the action scenes. Chris Geneback voices Corum and captures his persona, tone, and emotion quite well. However, it's difficult to fully understand his inconsistent accent in portraying Corum as well as the accents of other characters. Overall, well-placed sound effects, a light musical score, and a strong selection of narrators make this an exciting audio fantasy. L.E. © AudioFile 2016, Portland, Maine [Published: JULY 2016]