Home»Reviews»HOW TO SET A FIRE AND WHY 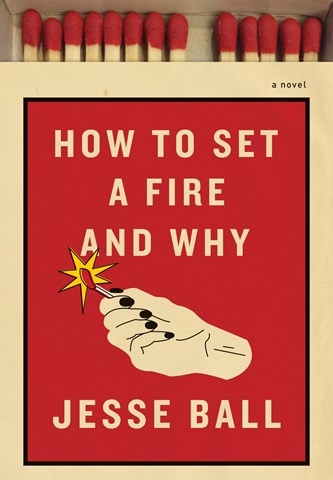 HOW TO SET A FIRE AND WHY

Narrator Emma Galvin's youthful voice and snarky attitude put Lucia Stanton right in the listener's face. A smart-mouthed, darkly ironic young woman in the Holdenesque tradition, Lucia wants to burn down the world. She was kicked out of high school for stabbing a boy in the neck with a pencil. She reads Rumi, Antonin Artaud, Alfred Jarry, and Benjamin Franklin. Her mother is nonresponsive in a "lunatic house," but Lucia dutifully suffers through visits. Galvin makes Lucia's nihilism credible, for hers is an empty world. When she hears of a national network of arson clubs, "for people who are fed up with wealth and property, and want to burn everything down," things begin to look up. Galvin is convincing in Jesse Ball's very dark, very truthful novel. S.J.H. © AudioFile 2016, Portland, Maine [Published: JULY 2016]