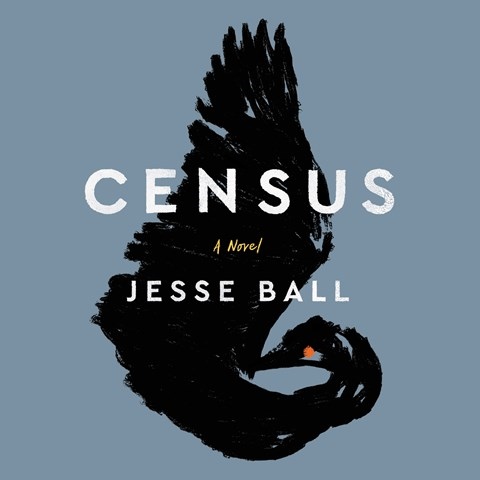 Narrator Chris Ciulla uses the gentle tone of a person telling a folktale in this allegorical story of a man who, upon finding out that he’s dying, gathers up his son and takes a job as a traveling census taker, who administers tattoos to each person he counts. Award-winning author Jesse Ball explains in his introduction to this layered and touching novel that it is, in part, a childhood reflection and an attempt to understand how the world appeared to his real-life older brother who had Down syndrome. Ciulla’s easygoing narration style carries a tone of acceptance that highlights Ball’s poetic prose and brings home the fact that no one can love a brother more than his own brother. B.P. Winner of AudioFile Earphones Award © AudioFile 2018, Portland, Maine [Published: MARCH 2018]