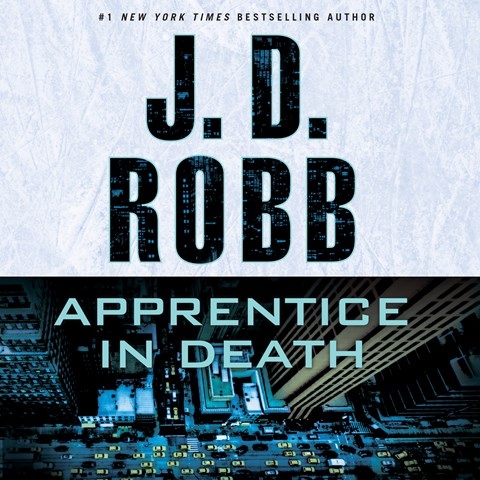 APPRENTICE IN DEATH In Death, Book 43

In 2050, Lt. Eve Dallas and her team are racing to find a sniper who strikes seemingly unrelated victims in the heart of New York City. Narrator Susan Ericksen easily moves between narrative and dialogue, creating easily distinguishable voices for the likable characters. Eve and her husband, Roarke, are as cunning as the criminals; plus, they have unlimited resources to catch evil doers. In addition, Officer Peabody often steals the show with her earthy humor and good instincts. Ericksen's voice for Eve is strong and decisive; Peabody's is distinctive and suits her character's combination of dark humor and occasional innocence. Overall, Ericksen's performance is engaging. S.C.A. © AudioFile 2016, Portland, Maine [Published: NOVEMBER 2016]