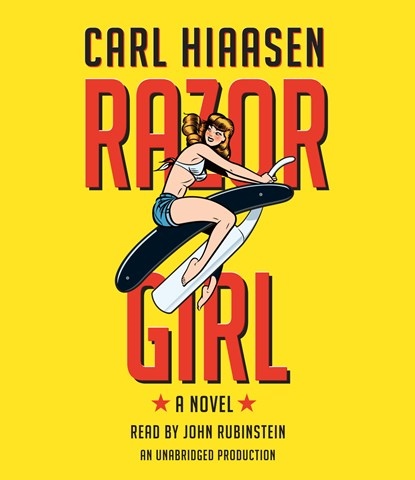 Narrator John Rubinstein provides balance to the edgy humor in Carl Hiaasen's latest book, an offering designed to provoke simultaneous gasps and giggles. The audiobook features Hiaasen's usual cast of despoilers, crooks, and misfits. Rubinstein is the adult in the room who prevents the entire enterprise from crashing. Had he followed Hiaasen into the land of over-the-top, which includes male-member-shaped skin growths, Gambian pouched rats, reality TV, kidnapping, and a woman whose con includes eye-catching performances of shaving her privates, it would have been just too much. Fortunately, Rubinstein plays it straight, delivering the craziest lines with a cool aplomb that smooths some edges without reducing the comedy. G.S.D. © AudioFile 2016, Portland, Maine [Published: DECEMBER 2016]