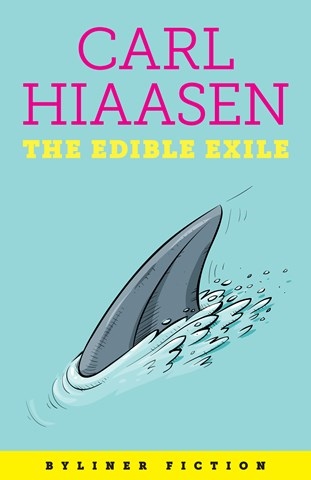 THE EDIBLE EXILE A Byliner Original

Narrator Scott Brick ramps up all the noir aspects of this short story from Carl Hiaasen. With a hint of a Hispanic accent, he growls and rasps the dialogue between Cuervo, a rich Nicaraguan who funds rebels in his home country, and Sixto, his bodyguard, who eventually takes exception to Cuervo's hypocritical lifestyle. However, Brick does not effectively differentiate between characters, and in such a short production this weakness means the listener never really gets the hang of the characters before it's over. The hilarious craziness of Florida that is Hiaasen's trademark seems to be missing here--this just isn't very funny. The most interesting portion is the introduction, which recounts the backstory of the 25-year-old piece having been rejected by ESQUIRE Magazine and recently rediscovered without its ending--requiring Hiaasen to collaborate with his younger self. A.B. [Published: AUGUST 2014]