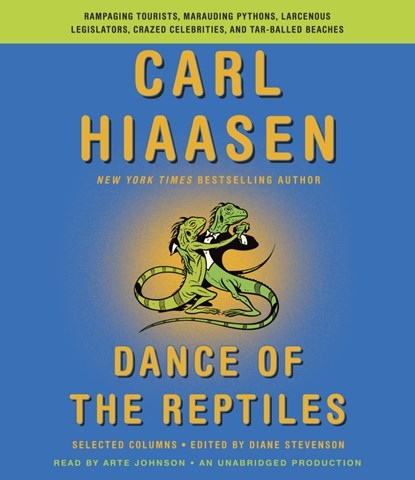 Wow, Carl Hiaasen is my hero, and narrator Arte Johnson is not far behind! In his “other life,” novelist Hiaasen is a columnist for the Miami Herald. This new audiobook, which cherry-picks some of his most blistering columns, is one of those rare works you won't be able to stop listening to. Johnson, the former "Laugh-In" regular who gave voice to the works of fellow Floridian Dave Barry, performs Hiaasen's columns with just the right touches of anger, sarcasm, and, thankfully, some humor for relief. Johnson gives voice to Hiaasen's outrage at a corrupt state in which politicians can't do enough for big business, at the expense of people and animals. Johnson's anger over the live burial of hundreds of turtles is just as strong as the story about oil companies abusing the Gulf. Hiaasen found the right guy to deliver his message. M.S. Winner of AudioFile Earphones Award © AudioFile 2014, Portland, Maine [Published: JANUARY 2014]