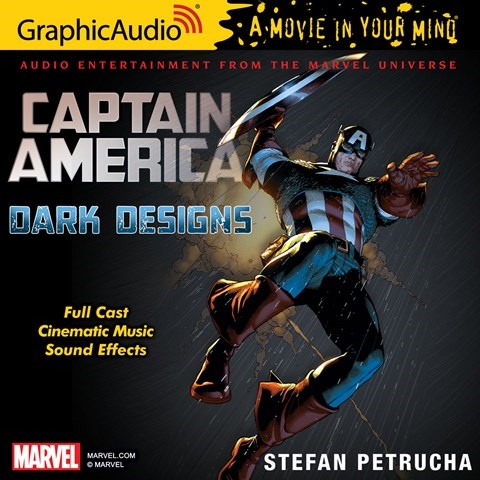 by Stefan Petrucha | Read by Richard Rohan, James Keegan, and a Full Cast

Richard Rohan produces a keen and attentive narration of this fun audiobook. Battling Nazi killing machines and the Red Skull is a typical day for Captain America, but now he must also deal with containing a dormant but deadly in his and the Red Skull’s blood. The mounting action, coupled with the sound effects, full cast, and musical score, makes this production reminiscent of old-time radio and film serials. Rohan knows exactly when to speed up, increase the emphasis, or tap into more emotional tones. James Keegan makes a believable Captain America with his strong voice and balanced projection. The sound engineers also deserve credit for making this production a great delight as battles take place in almost every environment imaginable. L.E. © AudioFile 2016, Portland, Maine [Published: SEPTEMBER 2016]