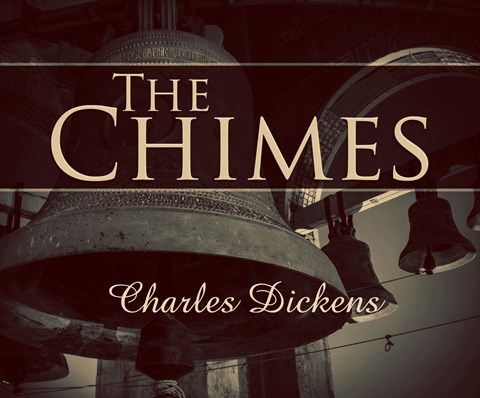 Narrator Steven Crossley deftly transports listeners to 1844 for this second in Dickens's Christmas series. He wrote this one year after he produced THE CHRISTMAS CAROL. It's New Year's Eve, and Toby "Trotty" Veck, a poor porter, plies his trade by a church whose bells cheer him. Crossley's portrayal of Veck is sweet and naïve even as threatening politicians tell him he has no right to live. Crossley cleverly combines the tones of a fairy tale and a horror story. When Veck's loving daughter, Meg, brings him hot food, listeners will be charmed by the guessing game they play about what she's brought. Because he's become weary of life, Veck has a dream in which the bells' goblins, with their chiming voices, force him to realize he's worthy of living, giving him a second chance at life. S.G.B. © AudioFile 2016, Portland, Maine [Published: DECEMBER 2016]