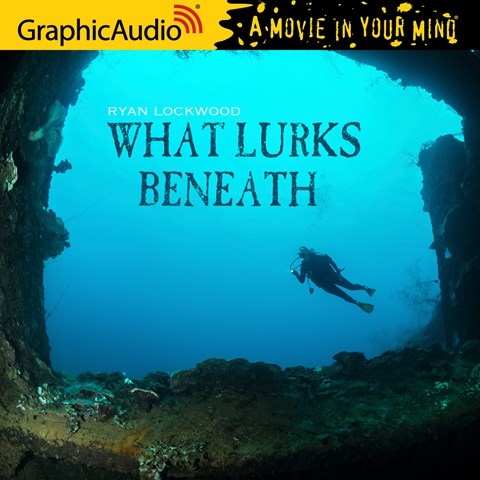 by Ryan Lockwood | Read by Ken Jackson and a Full Cast

Monsters aren't supposed to exist, but deep-sea specialists Eric Watson and Valerie Martell are discovering that's not entirely true. Furthermore, if they don't stop the creature they've discovered, many people at a Bahama resort are going to die. As a fully loaded audio experience, this production mixes the traditional "creature feature" and conspiracy plot with a hint of romance and a dash of witchcraft. The combination will keep listeners involved to the end. Ken Jackson outshines the rest of the cast with his versatility. His deep, slightly raspy voice and level intonation maintain the tension throughout the production, and a lighter tone works well for the softer moments of the story. L.E. © AudioFile 2017, Portland, Maine [Published: APRIL 2017]