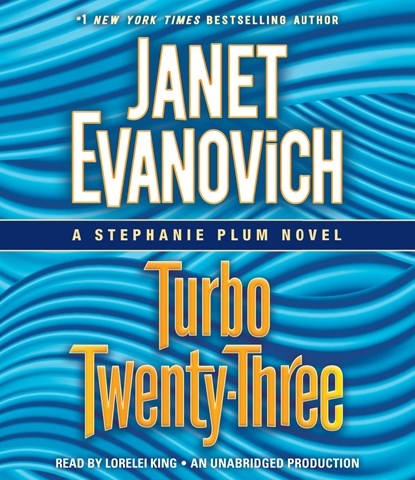 Some fans of the Stephanie Plum series may feel the formula is wearing a bit thin, but Lorelei King's narration gives the quirky characters enough zing to keep the premise fresh. As usual, Stephanie bumbles through her days as a New Jersey bounty hunter, but the serene voice King provides her seems to reveal confidence beneath the mayhem. When King purrs "Bayybe," you can envision Ranger's black T-shirt stretched across his biceps, and when she insists on "Cluck in a Bucket," you can picture her outrageously manicured nails (by Lula) digging into her favorite snack. When Stephanie and Lula are startled by a chocolate-covered dead body rolling out the back of an eighteen-wheeler, they dig into the shady goings-on (and the chocolate bars) at a local ice cream manufacturer. N.M.C. © AudioFile 2017, Portland, Maine [Published: JANUARY 2017]