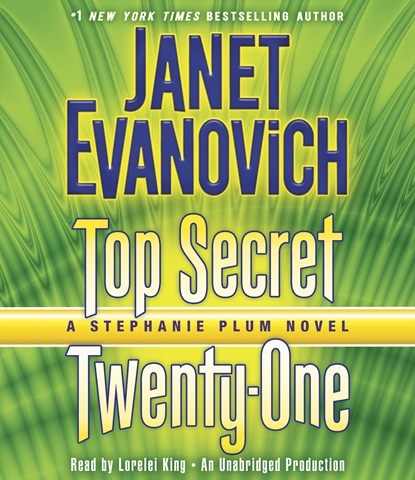 Bounty hunter Stephanie Plum is at it again, and her zany exploits give narrator Lorelei King a run for her money. From a homeless man with a pack of feral Chihuahuas to a three-foot-tall accountant who’s been cooking the books for a shady car dealer, King delivers screwball dialogue and madcap antics as smoothly and naturally as, well, a used car salesman delivers his shtick. King is especially strong in her portrayal of Plum’s sidekick, Lula. For her, King’s timing and dialect ooze attitude and conjure images of dramatic eye and neck rolls. While security expert Ranger’s “babe” is a little more stalker-creepy than dark and sexy, the overall production is light, fun, and sure to produce laughs (and likely some groans). J.F. © AudioFile 2014, Portland, Maine [Published: JULY 2014]