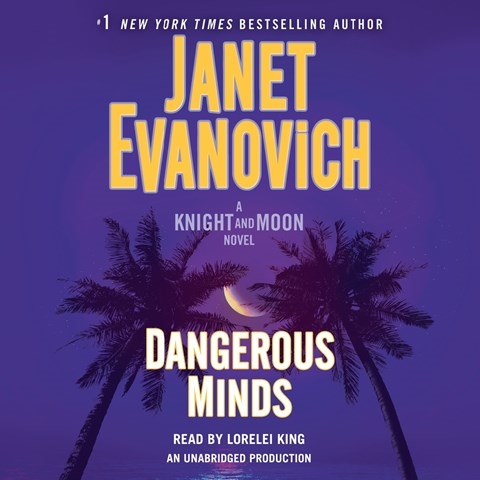 The unforgettable Emerson Knight and Riley Moon return for a nonstop adventure in this entertaining audiobook. Lorelei King narrates their incredible journey across the country as they join forces with a mismatched set of characters, including a Buddhist monk and Emerson's playboy cousin, Vernon, to find an island that has mysteriously disappeared. King effectively portrays the mix of intelligence, quirkiness, and bravery that is found in Evanovich's best characters. Though listeners may be distracted at times by the heavy doses of science and history woven into the plot, the story keeps one listening as the quirky team takes on power-hungry officials, a rogue group of soldiers for hire, and even a few grizzly bears in order to save the world. K.S.M. © AudioFile 2017, Portland, Maine [Published: JULY 2017]