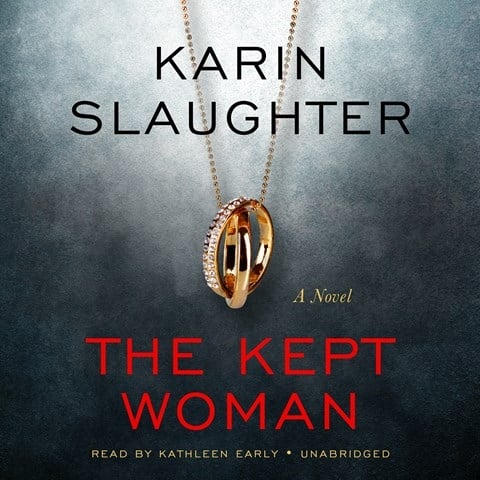 THE KEPT WOMAN Will Trent, Book 8

Will Trent is back, and narrator Kathleen Early delivers the Georgia investigator and series regulars with every one of Karin Slaughter's convoluted plot twists and emotional complexities in place. Nightclub owner and All-Star basketball player Marcus Rippy has already been acquitted of one rape when he's accused of another. An unstable, estranged wife who won't leave him alone, the gruesome murder of a dirty cop, and a new boss who's out to get him are only a few of the complications Will faces as this thriller unfolds. Early is especially effective in the lengthy flashback explaining the events that occurred in the week before the murder. As she keeps the characters real and the tension high, she never misses the nuances packed into this clever, gripping mystery. S.J.H. © AudioFile 2016, Portland, Maine [Published: OCTOBER 2016]