Home»Reviews»SIDNEY CHAMBERS AND THE DANGERS OF TEMPTATION 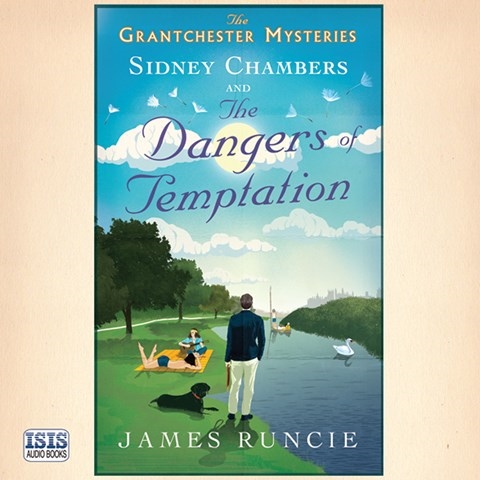 SIDNEY CHAMBERS AND THE DANGERS OF TEMPTATION Sidney Chambers, Book 5

Take a nostalgic trip back to the '60s and '70s with Runcie's fifth Sidney Chambers collection. Narrator Peter Wickham portrays the professional cleric and amateur detective with all his anxieties, his remorse over impure thoughts, and his clever British wit. "The Dangers of Temptation" give Sidney a sexy divorcée and a brutal murder to deal with. "Grantchester Meadows" involves a prank, a cow stampede, and a missing necklace. "The Trouble with Amanda" mixes Sidney's married ex-girlfriend with a mysterious drowning. In "The Return," his former housekeeper's ex- tempts Sidney, while in "A German Summer," his holiday in East Germany uncovers secrets best left alone. In "Love and Duty," Sidney tries to stop drinking and prevent a scandal for a victim of blackmail. Splendid listening. S.J.H. © AudioFile 2017, Portland, Maine [Published: JANUARY 2017]