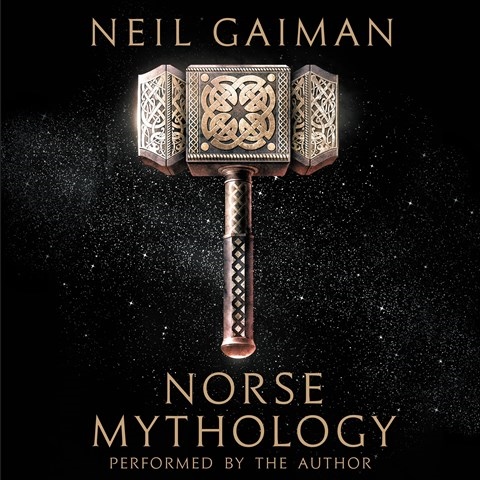 Neil Gaiman’s retelling of Norse myths is destined to become a classic for both his sure-footed stories and his captivating performance. Listeners may be familiar with the main characters of Norse mythology—wise Odin, mighty Thor, and cunning Loki—but Gaiman delves deeper, introducing listeners to the dwarves who made Thor’s hammer; Loki’s half-dead daughter, Hel; and a huge cast of gods, giants, and beings who inhabit Asgard, Midgard, and the other realms of the world tree. The tales seem timeless, and Gaiman’s melodic narration so strongly echoes the oral tradition of myths that it’s as if the narrator has stepped out of the stories themselves. E.C. Winner of AudioFile Earphones Award © AudioFile 2017, Portland, Maine [Published: FEBRUARY 2017]