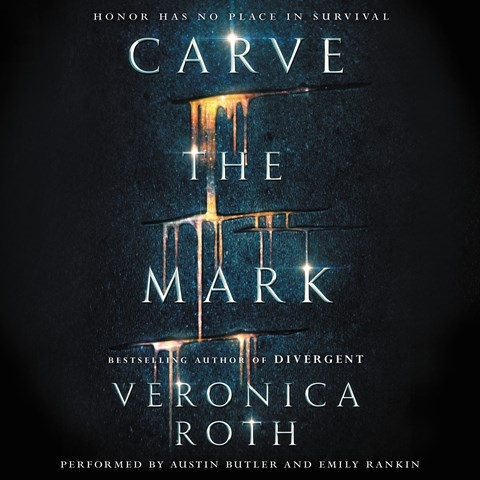 In a distant galaxy, a life force called "The Current" bestows powers upon each individual and with them, a predetermined, secret destiny. Narrator Austin Butler solemnly recounts the story of Akos, a young man from the ruling nation of Thuvhe whose quiet life changes in a flash when his fate and those of his siblings, unknown to even themselves, are made public--leaving them at the mercy of the violent Shotet nation. Cyra, sister of the Shotet leader, possesses a dangerous "currentgift" that could be the key to changing the predetermined course of all their lives. The youthful, vibrant voice that Emily Rankin gives Cyra complements Butler's darker tones, creating a well-balanced portrayal of two unlikely heroes who beat back the fates that are stacked against them. E.E. © AudioFile 2017, Portland, Maine [Published: MAY 2017]