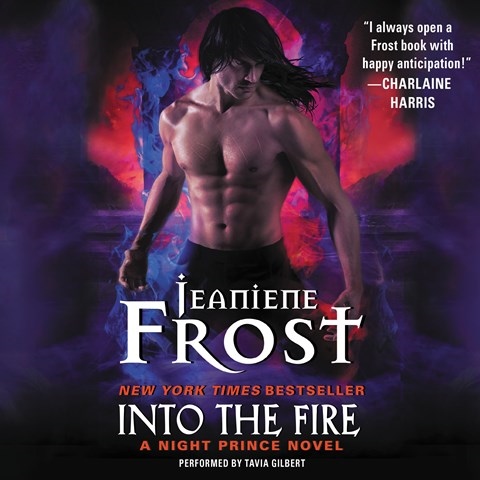 INTO THE FIRE Night Prince, Book 4

Narrator Tavia Gilbert's voice seduces the listener into a dangerous fantasy world of vampires whose relationships include love, hate, and all-out vengeance. Vlad, the prince of vampires, and Leila, the love of his life, are caught in a trap guaranteed to end them both. Gilbert's vocal variations balance the masculine strength of Vlad and the feminine yet strong aspects of his new wife. The story follows their tortuous quest, which continues from previous Night Prince books. Gilbert's raspy timbre amplifies the book's spookiness, enriching the listening experience. This is fantasy at its best. Listening to the series in order is recommended so as not to miss any of its creepy, dark elements. A.M.G. © AudioFile 2017, Portland, Maine [Published: MARCH 2017]