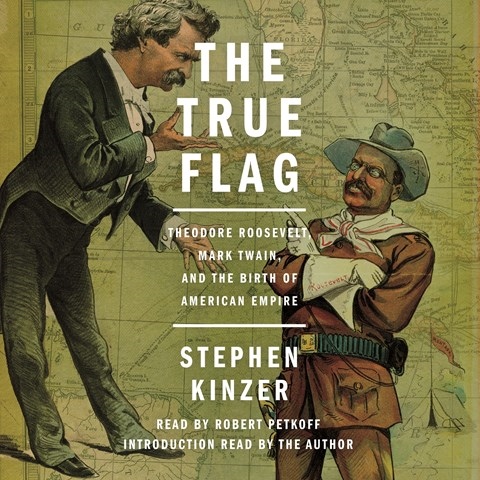 THE TRUE FLAG Theodore Roosevelt, Mark Twain, and the Birth of American Empire

Robert Petkoff presents this account of our nation's rise to the status of a world power in the late 1890s with straightforward style. Kinzer's work describes the heated debates between those who pushed for an American empire and those who were just as vehement in opposing American expansionism. Though the circumstances have changed, the arguments are still recognizable and resonant in our current political environment. Petkoff employs his baritone voice in a somewhat understated delivery. This is a reading rather than a performance--and seems more academic than entertaining in essence. Nonetheless, Petkoff's voice is clear, and his narration overall makes for a pleasant listening experience. M.T.F. © AudioFile 2017, Portland, Maine [Published: MARCH 2017]