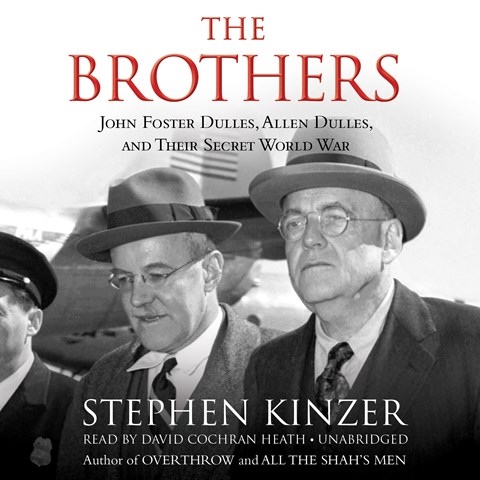 No one shaped U.S. Cold War foreign policy more than the Dulles brothers—John Foster Dulles in public as secretary of state and Allen Dulles in secret as head of the CIA. This joint biography paints a portrait of the pair, showing how their upbringing and early professional experiences shaped their careers. David Cochran Heath offers a capable narration that carries the listener along. He’s careful not to get in the way of the action in the fast-paced portions of Allen’s spy life, and he doesn’t let some of Foster’s diplomatic efforts bog down into wonkiness. He’s a little weak in delivering direct quotations, but part of that is likely due to the author quoting from written sources rather than aural ones. R.C.G. © AudioFile 2013, Portland, Maine [Published: OCTOBER 2013]