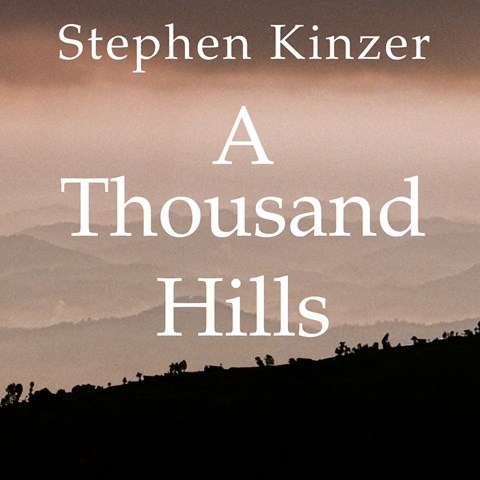 A THOUSAND HILLS Rwanda's Rebirth and the Man Who Dreamed It

When Paul Kagame became its president, Rwanda was the poster nation for genocide. Now it's one of the progressive places in Africa. Paul Boehmer's smooth voice glides over horrors as roving bands of militants hacked up thousands of men, women, and children in 1994, then describes the political machinations that eventually brought Kagame to power in 2000. Boehmer brings out the author's scorn for those who stood by and let the carnage happen—especially the French, who helped the killers. He also expresses Kagame’s enthusiasm for the new Rwanda of tourism and foreign investment. Mellifluous African names are no problem for Boehmer. This is a long listen but rewarding for those whose knowledge of the Tutsi-Hutu strife is limited to the movie HOTEL RWANDA. J.B.G. © AudioFile 2009, Portland, Maine [Published: FEBRUARY 2009]