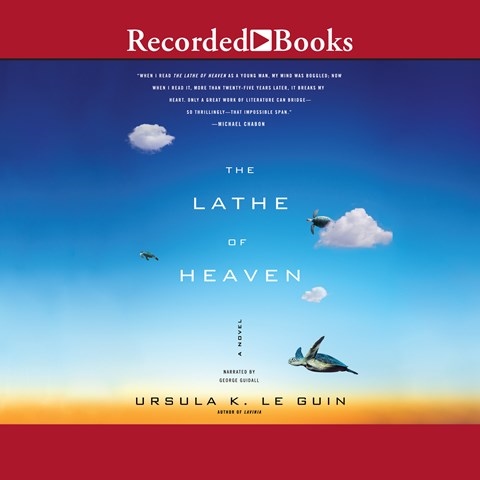 THE LATHE OF HEAVEN

George Guidall adopts an understated narration style to delivery Le Guin's sci-fi classic. George Orr has turned to drugs to deal with his fear of sleeping. It's his dreams he's afraid of. His court-ordered therapist becomes intrigued as Orr describes how his dreams affect reality--past and present. The therapist begins to direct Orr's dreaming, becoming wealthy in the process. Guidall presents both characters as generally unremarkable--in contrast to the rather remarkable effect of their meetings. Occasionally, Orr's anxiety, deftly captured by Guidall, spills over as the two main characters engage in relatively quiet discussions of his dreams and their effects. Guidall also excels in portraying the hubris at the heart of the therapist's ambition, which leads him to manipulate Orr's dreams with no apparent reservation or guilt. J.E.M. © AudioFile 2017, Portland, Maine [Published: FEBRUARY 2017]