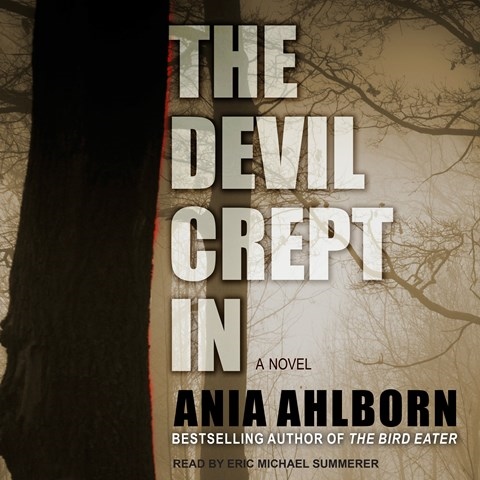 THE DEVIL CREPT IN

Narrator Eric Michael Summerer expertly captures a troubled child's nightmare reality. He builds a lingering sense of dread that turns this slow burn of a horror novel into a taut and addictive listening experience. Stevie Clark's cousin, Jude, has vanished, and after three days, the community is losing hope he'll be found. Desperate to find Jude, Stevie begins to uncover stories about missing pets and a murdered boy, and begins to realize that something horrific is lurking in his small town. Summerer grounds listeners in Stevie's reality, performing each distinct character the way he or she sounds in his young mind. Playing up Stevie's bewilderment and growing panic, Summerer keeps listeners thoroughly unsettled right up to the final, stunning, twist in this superb story. B.E.K. © AudioFile 2017, Portland, Maine [Published: APRIL 2017]