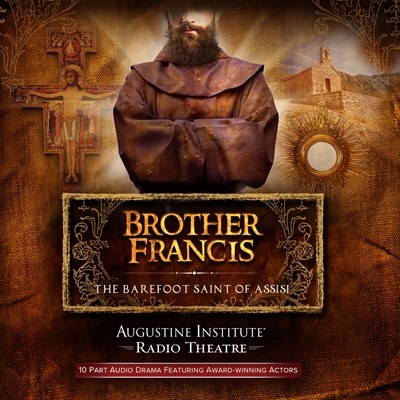 Francis of Assisi is most commonly depicted as a simple saint who communed with animals, but he was actually far more complex and interesting. This audio theater production offers a lively and engaging overview of his life. The large cast starts with his youth and his eventual disillusionment with his pampered upbringing and moves to the founding of his Catholic order and his travels throughout the Mediterranean world. The voices are all strong. While the narrator and the character of Francis are the same voice actor, with so many other voices, it is occasionally difficult to quickly identify who is speaking. The background music and sound effects enhance the story without overwhelming it. R.C.G. © AudioFile 2017, Portland, Maine [Published: MARCH 2017]