Home»Reviews»DOCTOR WHO: THE TENTH DOCTOR ADVENTURES 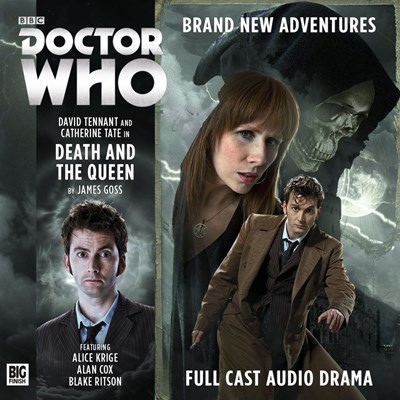 DOCTOR WHO: THE TENTH DOCTOR ADVENTURES Death and the Queen

Donna Noble has finally found her Prince Charming and has left the Doctor for her impending nuptials. But the Doctor, as always, has other plans, especially when it becomes clear how long Donna will live after saying "I do." This production features David Tennant (as the tenth Doctor) and Catherine Tate (as Donna Noble) from the TV series, as well as other skilled vocal talent to round out the cast. With sound effects and a musical score derived from the show, the production has all the qualities of the series at a fraction of the budget, allowing for more spectacular battles and stranger encounters. Despite the years since Tate and Tennant have worked together, the teasing antagonistic chemistry between the two remains palpable throughout the production. L.E. 2017 Audies Finalist © AudioFile 2017, Portland, Maine [Published: MARCH 2017]