Home»Reviews»POLICE AT THE STATION AND THEY DON'T LOOK FRIENDLY 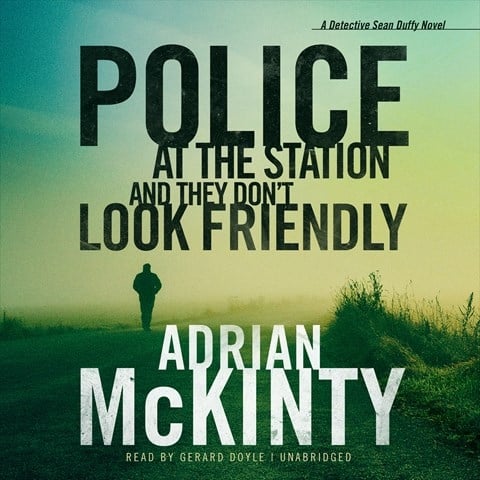 POLICE AT THE STATION AND THEY DON'T LOOK FRIENDLY Detective Sean Duffy, Book 6

Narrator Gerard Doyle has provided the voice of Adrian McKinty's Sean Duffy since the first audiobook of the series. Returning for Book 6, he's more in tune with Duffy's complexity than ever before. A Catholic cop in Northern Ireland's Royal Ulster Constabulary (RUC), Duffy has to be on full alert, always checking under his car for bombs and other safety precautions. But when danger bursts into his home, threatening his family's safety, Duffy seriously reconsiders his career choice. McKinty's blend of dark drama with perfectly timed humor and intensely plotted action is performed by Doyle as though he's intimately familiar with Duffy's mind, heart, and body. Listeners comprehend the vastness of Duffy's emotion without a caricatured delivery. Doyle delivers another winning narration. J.F. Winner of AudioFile Earphones Award © AudioFile 2017, Portland, Maine [Published: APRIL 2017]