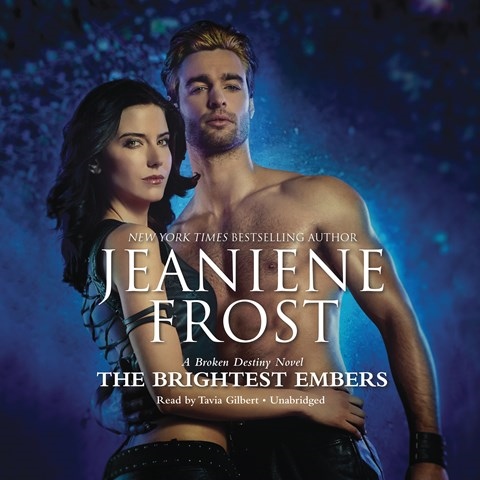 Tavia Gilbert narrates as the last of Frost's Broken Destiny trilogy spirals towards its end. Gilbert modulates Ivy's strong character in a firm yet feminine voice, while her love, Adrian, has a raw, smoky timbre suggesting a dark yet immensely sexy counterpoint. Gilbert ensures that the listener hears and feels the sparks between these two paranormals. In a world in which demons and fallen angels roam, they continue their search for the last of the weapons needed to free their people. Especially noteworthy is Gilbert's characterization of Brutus the gargoyle, Ivy's guard dog and shadow, as he howls and shrieks to be understood by Ivy and Adrian. Gilbert's narration provides unique voices and tones for a paranormal romance in which destiny and time vie for the future. A.M.G. © AudioFile 2017, Portland, Maine [Published: DECEMBER 2017]