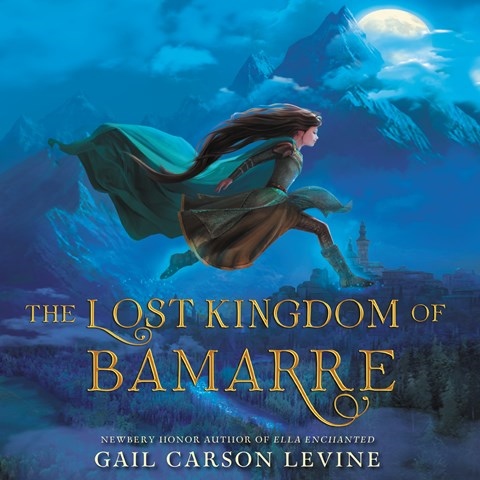 THE LOST KINGDOM OF BAMARRE

Narrator January LaVoy captures young Peregrine's conflict over which of two societies she belongs to. The land of the Bamarre, Peregrine's original home, has been conquered by the Lakti. As portrayed by LaVoy, Peregrine's gentle parents sound sorrowful when the Lakti ruler, Lady Klausine, arbitrarily decides to adopt their infant daughter and takes her away. LaVoy balances much drama in this audio. She expresses Peregrine's various emotions--her confidence and pride while growing up and her shock at discovering her true parents. LaVoy shifts easily between all of the characters, who include both genders and various ages. Most noteworthy are her depictions of the contrasts between peoples, in particular, the deference and discouragement of the downtrodden Bamarre versus the haughtiness of the Lakti. S.W. Winner of AudioFile Earphones Award © AudioFile 2017, Portland, Maine [Published: MAY 2017]