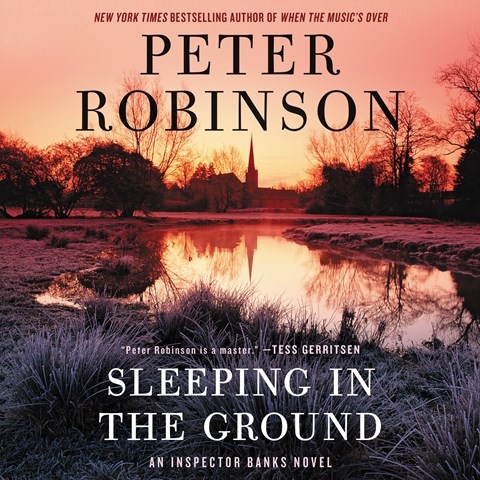 James Langton's performance of the latest Inspector Banks mystery nicely colors the audiobook's wide range of characters and keeps the pace moving at the right clip--important for a story that starts with a shooting death at a wedding. With the police not knowing if the killer is done or just beginning a murder spree, all forces are mobilized, including a former love interest of Banks. (He swears that there was nothing to their relationship, but you know how that is.) As is usual with the Banks series, the plot blends cops' personal lives with detailed police procedure for a realistic result. Langton's engaged narration lifts us above Robinson's habit of describing character via music playlists and keeps us hooked into the action until the end. A.C.S. © AudioFile 2017, Portland, Maine [Published: AUGUST 2017]