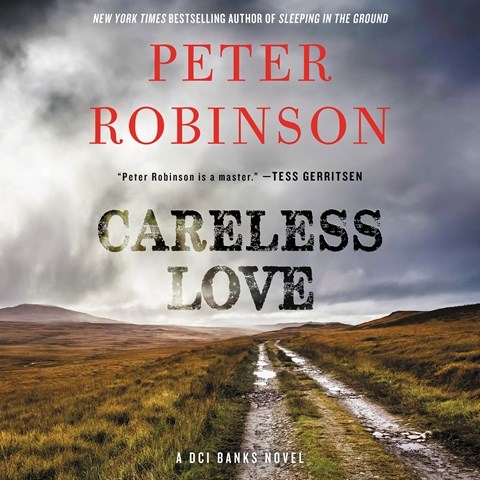 Narrator Simon Prebble delivers this smartly written puzzle with just the right pensive attitude for the veteran detective DCI Banks and those in his orbit. Banks and his team have two murders to investigate. One looks like a suicide, but isn't. The other looks like an accident, but is it? A young woman's body is found in an abandoned car, and, while it looks like suicide, it's clear the body has been moved. A well-dressed businessman is found dead at the bottom of a gully. Did he fall, or was he pushed? Prebble makes every revelation satisfying as Robinson's superb police procedural unfolds. He gives each person interviewed an identifiable personality and very human quirks. An audio-must, Robinson, Prebble, and Banks are just wonderful. S.J.H. Winner of AudioFile Earphones Award © AudioFile 2019, Portland, Maine [Published: JUNE 2019]