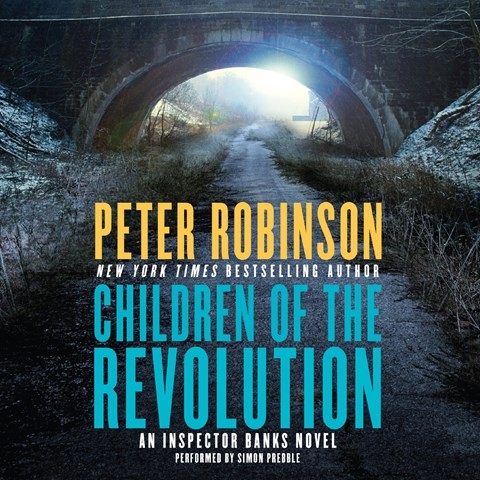 CHILDREN OF THE REVOLUTION The Inspector Banks Mysteries, Book 21

The always engaging Simon Prebble adds immeasurably to one of Robinson's best Chief Inspector Banks mysteries. Margaret Thatcher’s conservative government and the coal miners' strikes of the 1980s are the catalyst for a tragic, seemingly senseless, present-day murder. Prebble captures the diversity of British and immigrant accents and evocatively delivers Robinson's rich descriptions of people and locales. The crime reignites England's class tensions, which sometimes hinder the police as they sift through multiple clues that conflict with each other. Glimpses of the personal lives of Banks and his staff add further interest. Listeners will share the ups and downs as police and victims experience the frustration of the investigation and then exhilaration when the surprising solution finally unfolds. S.G.B. © AudioFile 2014, Portland, Maine [Published: JUNE 2014]