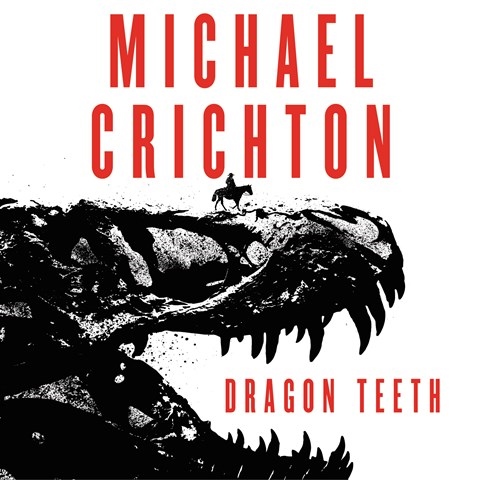 Scott Brick is a narrator at the top of his game, and this is a meaty tale for him to get his--well, teeth--into. It tells of the rivalry between nineteenth-century paleontologists Edwin Drinker Cope and Othniel Charles Marsh--a rivalry so intense as to, at times, border on insanity. It's told from the point of view of William Johnson, a spoiled, privileged Yale student who is forced to fend for himself and guard Cope's finds in a lawless gold-rush town after he is the sole survivor of an Indian attack. There's action aplenty, but the narrative develops at a steady pace rather than the unputdownable pace of better-known Crichton titles. But it's still a compelling listen--and one that will leave the listener feeling pleasantly educated as well as entertained. C.A.T. © AudioFile 2017, Portland, Maine [Published: JUNE 2017]