Home»Reviews»A TWIST OF THE KNIFE 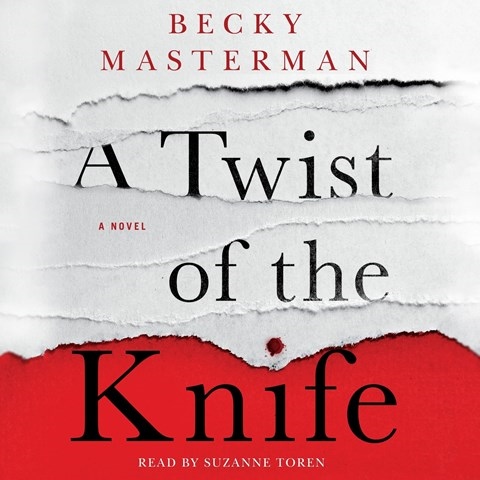 A TWIST OF THE KNIFE Brigid Quinn, Book 3

Fans of the Brigid Quinn mystery series will be delighted to hear Suzanne Toren's narration of the third book. The newly retired FBI agent is visiting her elderly parents in South Florida, where she becomes involved in an effort to free a death-row prisoner. Toren portrays Quinn's confident maturity in contrast to the forceful persistence of her former protégé, Laura Coleman, who insists on the prisoner's innocence. Toren has a knack for realistic pacing in the midst of intense conversation and leaves the listener guessing whether Coleman is emotionally unstable or simply very forceful in her efforts to exonerate the man convicted of killing his family. Quinn may be feisty and capable, but Toren also portrays her vulnerability in dealing with her father's imminent death. N.M.C. © AudioFile 2017, Portland, Maine [Published: AUGUST 2017]