Home»Reviews»SAMMY KEYES AND THE SHOWDOWN IN SIN CITY 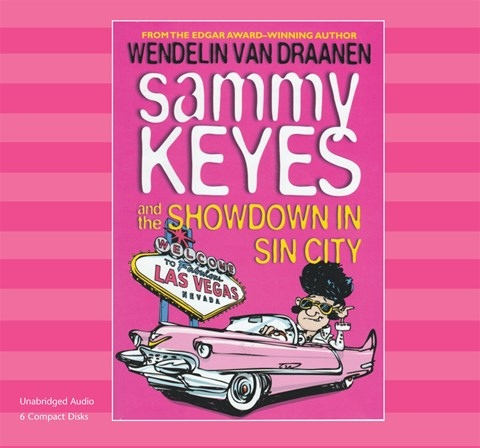 SAMMY KEYES AND THE SHOWDOWN IN SIN CITY

Narrator Tara Sands establishes a girlishly pitched dramatic voice for young detective Sammy Keyes, who follows her mother and her mother's boyfriend to "Sin City" to try to keep them from eloping. Along the way, Sammy runs into an entire cast of characters, including her best friend, Marissa, and her worried mother; her soon-to-be stepsister (and arch nemesis), Heather; her soon-to-be stepfather's ex-wife; a smooth-talking Elvis impersonator; and her soon-to-be stepfather himself, each portrayed perfectly by Sands. Both new listeners and longtime fans of Sammy Keyes will eagerly follow each twist and turn until she finally encounters her mother and learns the truth behind a secret that has been hidden for the past 13 years. M.D. © AudioFile 2017, Portland, Maine [Published: OCTOBER 2017]