Home»Reviews»SAMMY KEYES AND THE KISS GOODBYE 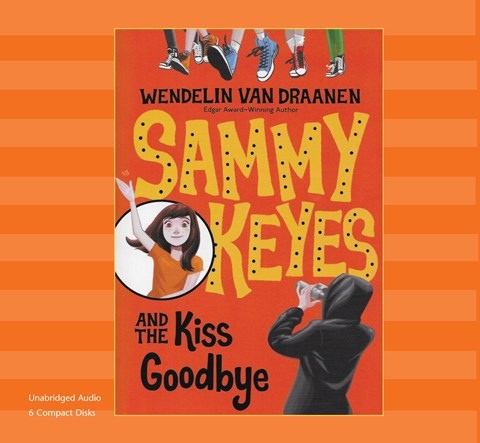 Tara Sands and Wendelin Van Draanen share the narration of the eighteenth and final mystery featuring Sammy Keyes. As the audiobook begins, super-sleuth Sammy lies in a coma after having been pushed from a balcony by a mystery assailant. In a heartwarming tribute, Sammy's family and friends come together to find out who did this and why. With Van Draanen delivering the narrative, Sands deftly voices the dialogue of a large group of characters ranging from teenage classmates and Sammy's hysterical mother to gruff Officer Borsch and the elderly residents of Sammy's grandmother's apartment building. New listeners will want to hear previous titles before jumping into this one, but longtime fans can immediately enjoy this emotional conclusion to the beloved series. S.C. © AudioFile 2019, Portland, Maine [Published: AUGUST 2019]