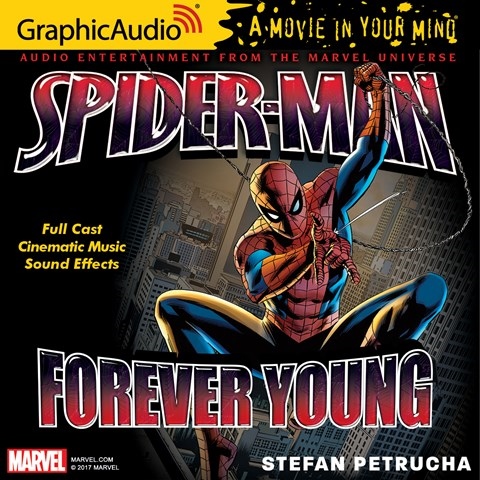 by Stefan Petrucha | Read by Richard Rohan and a Full Cast

Neither Spider-Man nor his young self, Peter Parker, can catch a break. When a young Spider-Man tries to keep a tablet from getting into the hands of the Kingpin, he puts the lives of all he loves at stake. Delivering the narrative, Richard Rohan provides a deep, energetic voice as well as emphasis and pacing that fits each scene. As the young Spider-Man, narrator Chris Stinson offers a youthful voice that wavers between lack of confidence and brazen cockiness. The sound effects coupled with the musical score and full cast make this production another solid audio drama for comic fans and listeners alike. L.E. © AudioFile 2017, Portland, Maine [Published: NOVEMBER 2017]