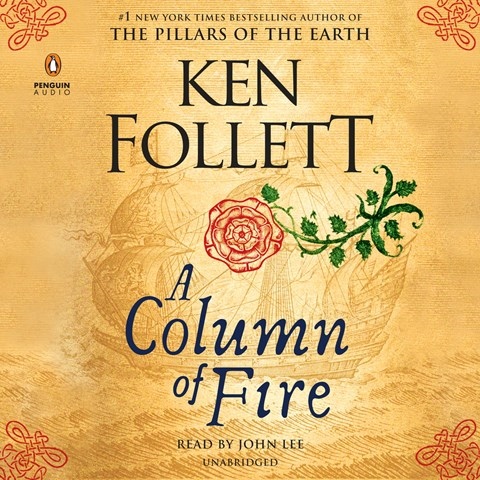 A COLUMN OF FIRE The Kingsbridge Novels, Book 3

Narrator John Lee returns to Kingsbridge, the fictitious English city of Ken Follett's historical fiction epics based in the Middle Ages. Now in the shadow of Martin Luther's Reformation and Bloody Mary's persecution of heretics in the mid-sixteenth century, the Willard and Fitzgerald families find themselves on opposite sides of the struggle between Protestants and Catholics. Lee capably portrays a wide cast of characters--from the furiously righteous Rollo, who murders in the name of God, to the quietly confident French woman, Sylvie, who risks her life to distribute Bibles. But the most remarkable aspect of this intense historical novel is the narrative suspense created by Follett as disruption sweeps across Europe, and Lee's talent for crisp, rich narration does it justice. N.M.C. © AudioFile 2017, Portland, Maine [Published: OCTOBER 2017]