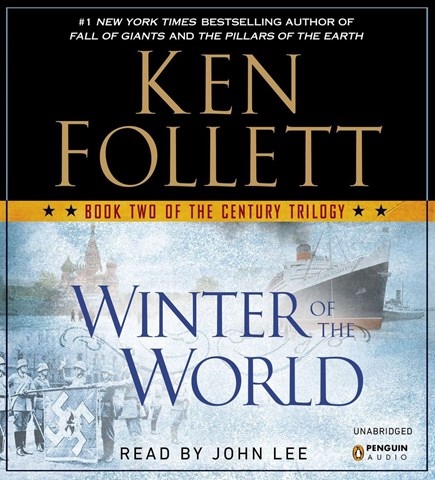 WINTER OF THE WORLD The Century Trilogy, Book 2

Follett’s sweeping historical novel resumes the stories of five interconnected families in Europe and America at the dawn of WWII. John Lee’s narration enhances the complex plot with an impressive assortment of European accents, though his attempts at a variety of American voices are not as compelling. Lee evokes the quiet competence of German teenager Carla von Ulrich as she resolves to assist her Jewish neighbors in Berlin during the rise of Nazi power and sensitively portrays the growing cynicism of English-born student Lloyd Williams as he discovers that communism may not be the key to overturning fascism. A grandly scaled epic is enriched by a superb narration. N.M.C. © AudioFile 2012, Portland, Maine [Published: OCTOBER 2012]