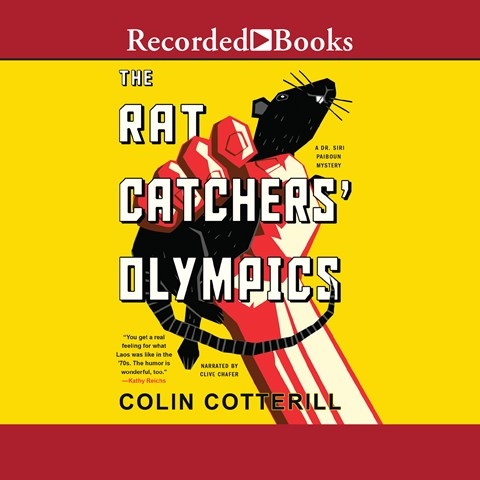 In this twelfth mystery featuring Laotian Doctor Siri Paiboun, narrator Clive Chafer performs his usual magic. This time, “Doctor Sili” (because the “r” sounds like an “l”) is team physician for Laos’s motley, hastily assembled athletes in the 1980 Moscow Olympics. When one of the athletes secretly replaces another, Dr. Siri and his colleagues set out to avert murder, while dodging Russian and Laotian security. As ever, Chafer’s unhurried pace and pleasant, amused tone perfectly channel Dr. Siri’s personality. His other portraits, including those of Laotian peasants, Russian officials, and the Laotian forest witch inside Dr. Siri, are subtle—sketches instead of oil paintings—and just right. May Cotterill and Chafer continue forever. A.C.S. © AudioFile 2017, Portland, Maine [Published: OCTOBER 2017]