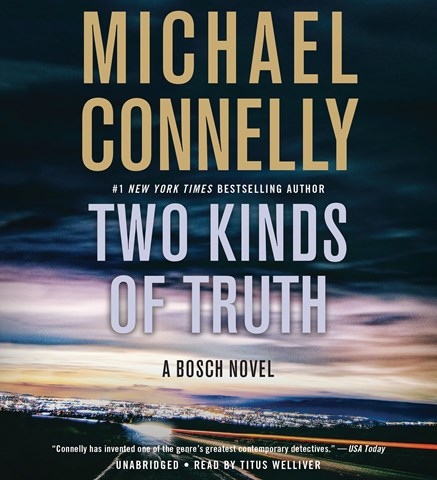 Narrator Titus Welliver portrays Detective Harry Bosch in the latest installment of this longstanding series. Bosch says there are two kinds of truth in the world: that which we all can agree on, which is immutable, and that which comes from the mouths of politicians, lawyers, and their clients, which is malleable. Bosch takes on two cases, a cold-case murder he thought he’d closed decades earlier and a new double-murder involving the opioid crisis. In a gravelly and sometimes growling voice, Welliver lets Bosch’s indignation shine when the facts are revealed and takes on a softer and loving tone when Bosch deals with friends and family. Fans will love the climax and the promise of more Harry Bosch and, one hopes, more Welliver. R.O. Winner of AudioFile Earphones Award © AudioFile 2017, Portland, Maine [Published: NOVEMBER 2017]