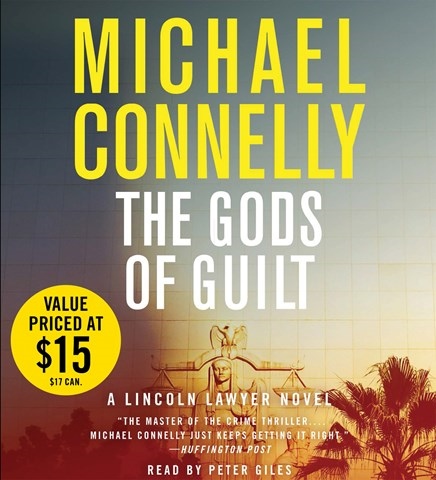 THE GODS OF GUILT

After narrating numerous books by Connelly, Peter Giles returns for the fifth in the Mickey Haller series. The combination of this fast-paced courtroom drama and Giles’s steady and consistent narration makes for an engrossing listening experience. Enough backstory is covered so that newcomers to the series won’t feel lost as the action unfolds. As Haller attempts to free a murder suspect, the past comes roaring back when he discovers that the victim was a prostitute introduced in the 2005 novel THE LINCOLN LAWYER. Giles’s rich portrayals help listeners differentiate the multiple characters as Haller becomes convinced that his client is not only innocent but also the victim of an elaborate setup involving local police and DEA agents. M.L.R. © AudioFile 2013, Portland, Maine [Published: DECEMBER 2013]