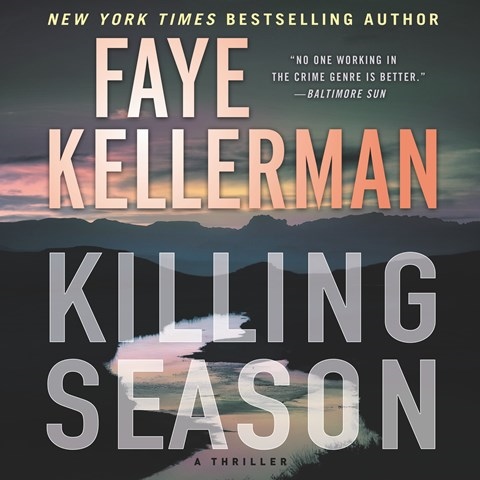 Listeners will find Kellerman's latest thriller a departure from her Decker-Lazarus series. The story focuses on the murder of 17-year-old Ellen Vicksburg and her brother Ben's obsession with finding the killer. Narrator Charlie Thurston does an admirable job of bringing life to a wide range of characters, including Ben, his family and friends, the killer, and the detectives involved in the investigation. Thurston transitions well between these characters while providing each with a distinctive voice. The story itself is compelling, and the ultimate confrontation is satisfying--but listeners must be willing to stick it out for nearly 19 hours to make it to the ending. K.S.M. © AudioFile 2017, Portland, Maine [Published: DECEMBER 2017]