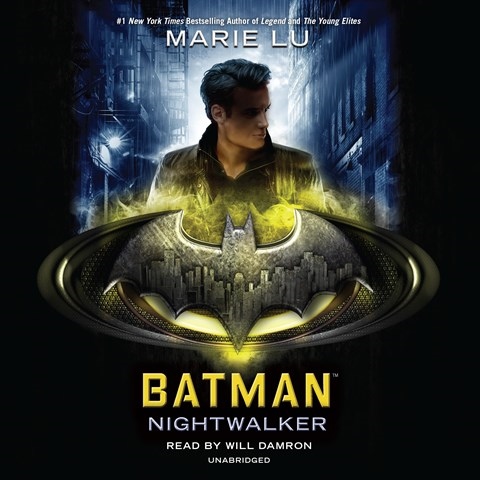 by Marie Lu | Read by Will Damron

Will Damron keeps listeners on the edge of their seats with his narration of a proto-Batman story in which 18-year-old Bruce Wayne experiments with vigilantism. Damron gives voice to Wayne and his guardian, Alfred, and the various young women on either side of the law. The novel wreaks havoc on the Batman familiar to decades of comic readers, including changes to his backstory. It owes much to the television show "Gotham" and should be considered a stand-alone story divorced from the rest. Young Bruce falls for teen Madeleine Wallace, who is accused of being a member of The Nightstalkers, a gang terrorizing the rich. Is she helping Bruce and the cops catch her fellow gang members before a terrorist attack, or is she setting Bruce up? M.S. © AudioFile 2018, Portland, Maine [Published: MARCH 2018]