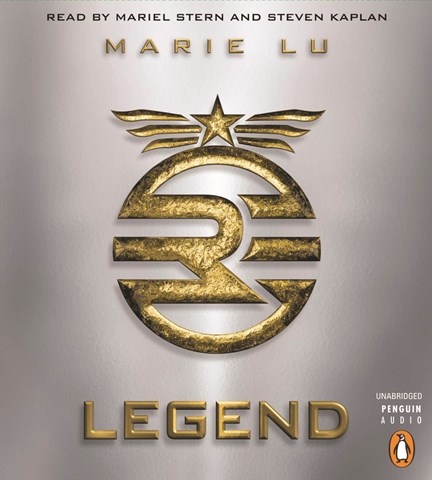 In this dystopian story, two teens who lead very different lives find themselves united in their quest for truth. The two narrators alternate sections of text from the point of view of each character. June, narrated by Mariel Stern, is a military prodigy from a rich sector, and Day, narrated by Steven Kaplan, is a street criminal on the run. As Day, Kaplan reads in a calm, even voice, speeding his reading when the action gets more intense. Stern uses a young, higher-pitched voice for June and deep, stern tones for the military personnel that surround her. The narrators remind listeners that the characters are 15 years old by the way they pitch their voices, even when June and Day’s adventures make them seem much older. E.N. © AudioFile 2012, Portland, Maine [Published: JANUARY 2012]