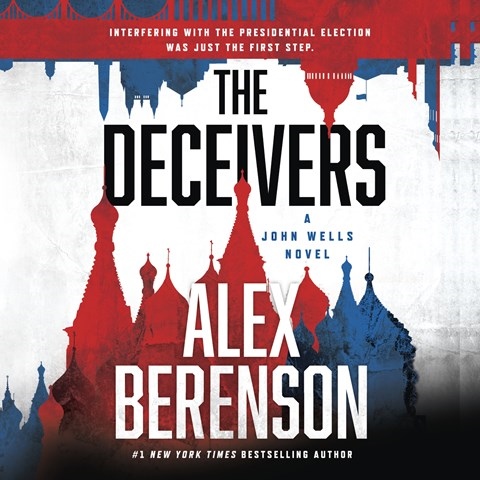 Russian interference in American elections and terror attacks from Islamic Jihadis are the stuff of current headlines--and the topic of this new thriller from Alex Berenson. Reprising his superb narration of this series, narrator George Guidall portrays former CIA agent John Wells, a determined yet world-weary, even cynical, guy who is lured out of retirement by a provocative assignment. Guidall also captures the disillusionment of a listless former Army sniper who is suffering from PTSD and is neglected by the VA. Guidall's impressive characterizations of key players are only slightly undermined by the vocal similarity between Wells and his sidekick. Guidall does well with the refined accents of a variety of international figures, and truly shines in his portrayal of the blustering, bullying American president. N.M.C. © AudioFile 2018, Portland, Maine [Published: MARCH 2018]