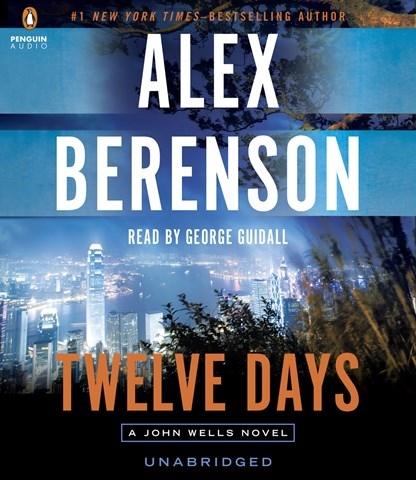 George Guidall, with more than a thousand audiobooks to his credit, contributes his Golden Voice to the latest thriller in Berenson's popular spy series. Guidall narrates with his usual élan, enough character differentiation to inform the listener, and that wonderful steadiness that moves the story right along. There's a lengthy backstory in the early part of the novel and an unusually abrupt ending. A billionaire and his beautiful, scheming cohort work to drive the U.S. and Iran into a shooting war. There are acts of terrorism and ramped-up crises, with a twelve-day deadline. D.R.W. © AudioFile 2015, Portland, Maine [Published: APRIL 2015]