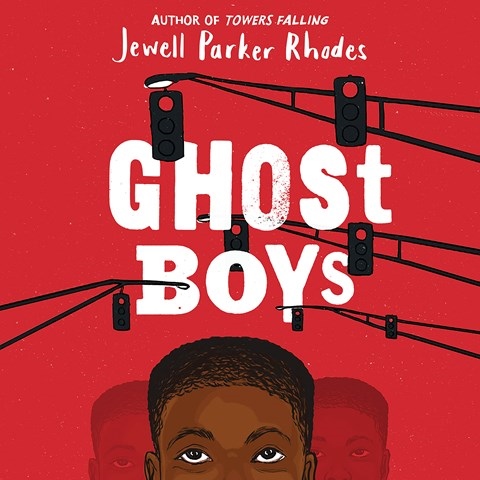 In a stirring narration, Miles Harvey brings to life an American story that is chillingly familiar. When 12-year-old Jerome is killed by a police officer, he becomes a "ghost boy" alongside Emmett Till and other boys killed due to racial injustice. Jerome's perspective shifts between being dead and alive, though in both states he's a careful observer of life and the living. Harvey captures this outsider perspective through the rhythm of his delivery, marked by short sentences and direct questions, many of which go unanswered. Harvey exhibits an emotional range that further intensifies the story, especially during moments of reflection and conversation with other young characters. In contrast, the author soberly narrates the afterword, inspiring listeners to bear witness to the truth underlying fiction. A.S. Winner of AudioFile Earphones Award © AudioFile 2018, Portland, Maine [Published: MAY 2018]